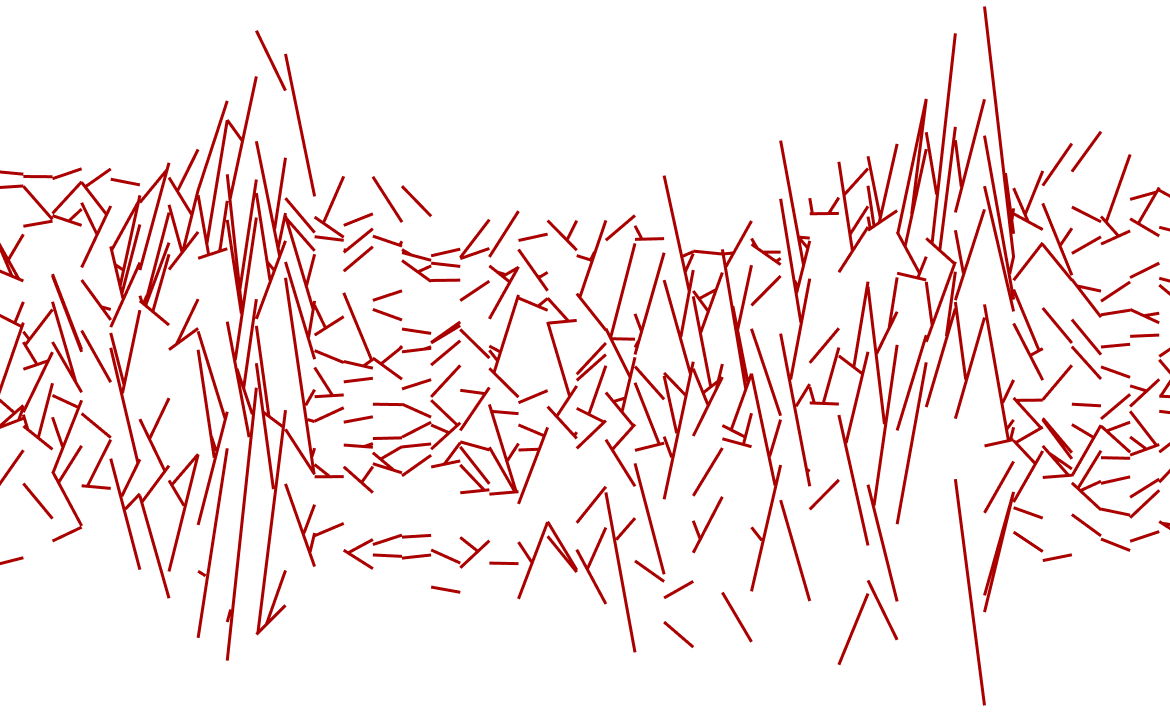 In 1992, renowned American film editor Walter Murch published ‘In the Blink of An Eye’ — a magazine article where he detailed in great depth the art and science of editing in movies.

In the article, he starts by first explaining why cuts in movie scenes work. If you think about it, it isn’t obvious why they should, considering our day-to-day reality is a continuous stream of perception and not a mix of disjointed scenes.

To explain this, Murch provides the analogy of dreams, and how “the images in dreams are much more fragmented, intersecting in much stranger and more abrupt ways than the images of waking reality-Ways that approximate, at least, the interaction produced by cutting.”

“Perhaps the explanation is as simple as that: We accept the cut because it resembles the way images are juxtaposed in our dreams. In fact, the abruptness of the cut may be one of the key determinants in actually producing the similarity between films and dreams. In the darkness of the theater, we say to ourselves, in effect, "This looks like reality, but it cannot be reality because it is so visually discontinuous; therefore, it must be a dream."”

He also mentions that there’s also the matter of convenience, where editing allows us to choose the best camera angle for each emotion and story point, which we can edit together for a cumulatively greater impact.

In the article, Murch also discusses the entire science behind editing and what the rationale is behind placing cuts in certain places. This is quite interesting:

"To me, the perfect film is as though it were unwinding behind your eyes, and your eyes were projecting it themselves, so that you were seeing what you wished to see. Film is like thought. It's the closest to thought process of any art.

A blink has the effect of breaking the visual continuity of our perception. So, when a person would blink naturally while watching a movie would be the perfect place for a cut!

High-school biology tells you that a blink is simply a means to moisten the surface of the eye. If that were the case, we would all blink mechanically, at fixed intervals, depending on the environment.

But Murch observed that something much deeper was going on when people blinked, as they would sometimes keep their eyes open for minutes at a time, and at other times blink repeatedly within a few seconds with many variations in between.

So, he asked himself:

What is causing them to blink?

“On the one hand, I'm sure you've all been confronted by someone who was so angry that he didn't blink at all: This is a person, I believe, in the grip of a single thought that he holds (and that holds him), inhibiting the urge and need to blink. And then there is the opposite kind of anger that causes someone to blink every second or so: This time, the person is being assailed simultaneously by many conflicting emotions and thoughts, and is desperately (but unconsciously) using those blinks to try to separate these thoughts, sort things out, and regain some kind of control.

So it seems to me that our rate of blinking is somehow geared more to our emotional state and to the nature and frequency of our thoughts than to the atmospheric environment we happen to find ourselves in. The blink is either something that helps an internal separation of thought to take place, or it is an involuntary reflex accompanying the mental separation that is taking place anyway."

The next time you’re having a conversation with someone, notice that the blinks happen whenever the listener has finished processing your previous statement or idea and is ready for the next one. They don’t happen when you’re in the middle of a sentence and they’re anxious to hear how it ends.

“When people are deeply "in" a film, you'll notice that nobody coughs at certain moments, even though they may have a cold. If the coughing 'were purely an autonomic response to smoke or congestion, it would be randomly constant, no matter what was happening on screen. But the audience holds back at certain moments, and I'm suggesting that blinking is something like coughing in this sense. There is a famous live recording of pianist Sviatoslav Richter playing Mussorgsky's Pictures at an Exhibition during a flu epidemic in Bulgaria many years ago. It is just as plain as day what's going on: While he was playing certain passages, no one coughed. At those moments, he was able to suppress, with his artistry, the coughing impulse of 1,500 sick people.”

So we entertain an idea, or a linked sequence of ideas, and we blink to separate and punctuate that idea from what follows. And the editor places the cut where a blink would have happened, had the conversation been filmed. Not a frame earlier or later.

(Connect this to apps and well-designed app screens and it will immediately make sense.)

It is such a simple but profound insight that helps editors manipulate how we interpret a scene. Murch writes:

“For instance, by cutting away from a certain character before he finishes speaking, I might encourage the audience to think only about the face value of what he said. On the other hand, if I linger on the character after he finishes speaking, I allow the audience to see, from the expression in his eyes, that he is probably not telling the truth, and they will think differently about him and what he said.”

So, what can we learn from this?

Pay attention to your customers.

Here’s quite an interesting example offered by Vibhu Agarwal (CEO - Ullu App), when asked why all of their episodes had a hard limit of 20 minutes:

“Most people watch OTT content on their mobile phones, which they either hold in their hand or place against a pillow. According to studies, we tend to change our position every 20 minutes. We try to fit each episode within that span.”

It’s a crucial behavioural insight for someone who’s making a product that will be consumed on a smartphone — a medium where it is extremely easy to get distracted by some other notification and never come back.

Here’s another example of a non-generic behavioural insight by Davis Bear, a SaaS product founder:

Charge $200/month = Your user is probably paying with company money

The point is, know how your customers live and go about their daily lives. Notice their habits, preferences, and quirks.

Delight is non-generic and personalized.

And yeah, you can’t create customer delight with generic insights.

Two questions for you: