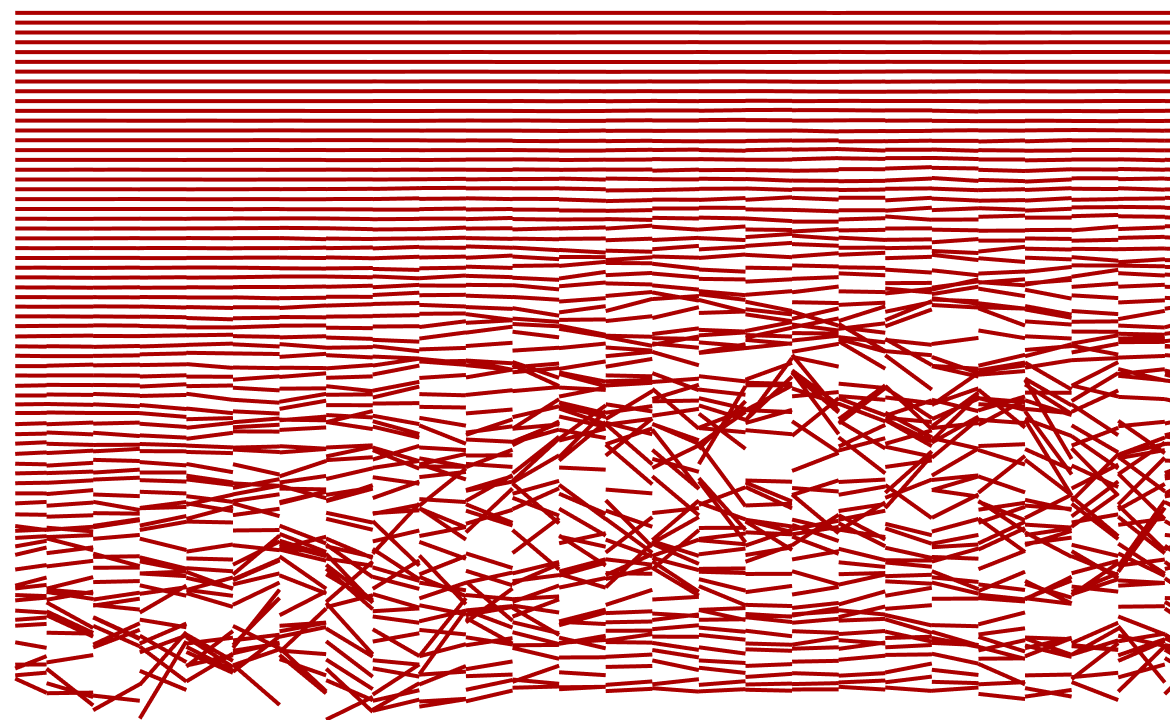 In large projects with timelines of a couple of years if not more, you often see large delays being announced suddenly and out of nowhere. This is a common occurrence with government-funded projects, but is also quite relevant to large organisations.

If you pick up a newspaper regularly, you may have seen this happening way too often with construction projects with budgets exceeding a few million-billion dollars.

How and why does this happen?

The explanation for this phenomenon lies in understanding how power works in an organisation, how information travels, individual incentives of stakeholders involved, and of course, the thermocol effect — which is what this piece is about.

The thermocol effect is the phenomenon that bad news tends to accrue at a lower management level, because no one wants to be the person who moves a project risk marker from 'yellow' to 'red' on a Red-Amber-Green (RAG) chart. As a result, pessimism and a belief that the project will overrun its estimated deadline bubbles up to a certain decision-making level — the level of the thermocol manager — but never beyond, as if hitting the thermally insulating layer, after which it gets reflected back to the lower levels of the hierarchy.

Eventually, the issues reach critical mass and force their way through, leaving senior management wondering why everything 'suddenly' went wrong, when in fact the signs that the project was troubled existed at a lower level for quite a while.

Who is this thermocol manager and what does she look like?

In any project, bad information usually flows up from the ground to the upper echelons of the hierarchy.

A thermocol manager is a person who sits in between levels as an insulating layer. She doesn't want to be the bearer of bad news. Whatever delays or mishaps get relayed to her by her subordinates, she tries to reflect the responsibility back on them, never letting the news go out to her seniors; never escalating issues, simply because it would reflect badly on her.

The effect this has is that in the lower rungs of the organisation, there's a constant buzz around things not going right, while the senior management and leadership is completely oblivious to the plethora of things going wrong on the ground.

A thermocol manager rationalises her decision by telling herself, "A delay is a delay, doesn’t matter if it is due to one problem or three. I'll let all the bad news pile up and deliver it at once, so that my senior leaders only have one opportunity to be annoyed with me instead of ten."

She is focused on protecting her own interests instead of being invested in the success of the larger project and doing whatever it takes to make it successful. She does not escalate issues and bring them to attention as soon as they come up. Instead, she tells her subordinates, "I can't tell this to my manager, we need to fix this ourselves. Find a workaround."

She makes her manager think everything is fine till deadline day, when she lets the whole dam of problems burst at once.

In short, she acts like a thermocol layer in the hierarchy, withholding and reflecting all the heat back down below, insulating the upper layers of management from it — till the heat gets too much to contain.

Hence, the only solution the senior management is left with is to announce a huge delay in the completion of the project, as there's a whole pile of issues that needs to be resolved before any progress can be made.